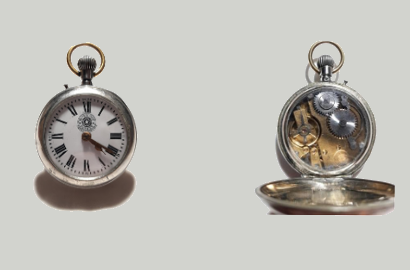 Posted at 10:02h in HELPFUL HINTS by mpiric 0 Comments
0 Likes

This is a later example of the type of watch which Georges Frederic Roskopf (1813-1889) introduced in 1867 as the first satisfactory cheap watch. In a bold move Roskopf used the virtually untried pin-pallet lever escapement in this watch and he was able to simplify the design by reducing the number of wheels and using a larger spring. The design was patented in France, Belgium and America but as patents did not exist in Switzerland at that time it was extensively copied in that country. It remained in production, virtually unchanged, well into the twentieth century.

Roskopfs “Dollar” Watch for the everyday worker was perfected in 1887 and although the styles changed the workings stayed the same, considered a cheap disposable watch at the time many were abused ,lost or disposed of without thought , leaving perfect examples hard to come by.